If you have watched any United Nations proceedings, then you’ve probably noticed a difference in the way they do things as opposed to Model UN. The reason for this is practical. At a Model UN conference, each committee has an agenda that they need to get through in a short amount of time. The Model UN RoP are a mix of United Nations procedure, and Robert’s Rules of Order, to better produce the fast-paced policy and debate game we know and love. In the real UN, they can drag issues out for months, even years, before they come to a resolution (or no resolution). The real UN rules of procedure are over 100 pages long. For a conference to operate in a timely and structured manner, the adapted Model UN rules of procedure must be followed.

It doesn’t matter how well you know the topic, or the position of your country if you don’t know the Model United Nations Rules of Procedure (RoP). All the preparation in the world won’t hold up if you aren’t able to convey information, which is why the rules of procedure are so important. If you have the goal of winning the best delegate award, familiarizing yourself with that specific conference rules of procedure will help you stay organized, create and maintain strategy, and be on tops of negotiations.

It is up to each conference to adopt its own form of the Model UN rules of procedure. However, you will find that most will be structured in the same basic way. As said before, many operate off of a modified version of Robert’s Rules of Order, or parliamentary procedure. You will find slight differences from one conference to another. The more the major of ROP changes will come with special committees, such as crisis committees and the ICJ.

Below, you will find an explanation of the most well-known rules of procedure.

Most Model United Nations RoP will have the same standard guidelines. In fact, many borrow the base from one another while adding only minor changes depending on internal, conference-specific, criteria.

Here is a list of common items covered by most conference handbooks, which include the rules of procedure, for regular MUN committee sessions:

For a full breakdown of each specific rule, at a conventional Model UN conference, check out these rules of procedure. They are just one well-written example of how the same core rules are used, with slight variation, from conference to conference.

Crisis committees operate in vastly different ways than regular, or even specialized, committees. Because of this, you will find that the rules of procedure tend to be very different from each other and, sometimes, more relaxed. This works because crisis committees typically have fewer people. They are often in cabinet forum, which can make them much more fast-paced. Having cumbersome rules would take away from the excitement of a crisis. If you look at the University of Toronto’s crisis rules of procedure, you will find that their directions for a crisis committee take up a small amount of space. Other conferences, such as the London International Model UN’s Crisis have their own separate crisis rules of procedure.

MUN RoP’s of the same type

As we mentioned above, you will find some differences between the rules of procedure from conference to conference. Some are modified based on the preference of the host, while others change due to time restrictions (some conferences are shorter than others).

If you take a quick look at the table of contents for all three, you will see they all follow a similar format. All of them cover the same basics. The differences that are present reflect differences in schedule time, committee sizes, and minor administrative things. The Model UN RoP for the Harvard University Model UN conference is different from these rules in many ways but still has the same core concepts. If you plan on attending multiple conferences, you should not find it too difficult to change from one conference’s set of rules to another. With experience, you will also know where to look in the rules to find those differences.

Rules of procedure for professional conferences will be exhaustive, typically running up to twenty pages or more. For new MUN delegates, it is best to become familiar with them well before the conference so that you won’t be overwhelmed on the first day. Most conferences will host rules of procedure workshops on the first day of the conference before the actual start of formal sessions. It is highly recommended that beginners attend these sessions to familiarize themselves in a setting with other delegates present. If new to the format of the conference, it would not hurt a MUN veteran to attend these sessions to refamiliarize themselves with the RoP as well. 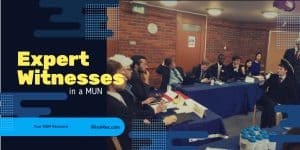 Bringing an expert witness into your committee, as a MUN chair, is a…
Read More 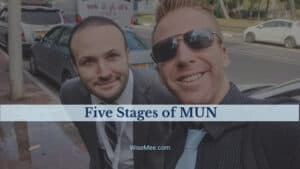 MUN committee sessions are all about discussing a topic, then hopefully passing a…
Read More 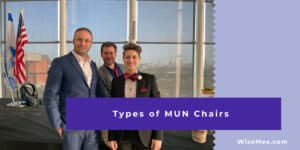 Types of MUN Chairs and How to Deal With Them

Chairs in MUN come in all shapes and sizes. Chairs also have very…
Read More